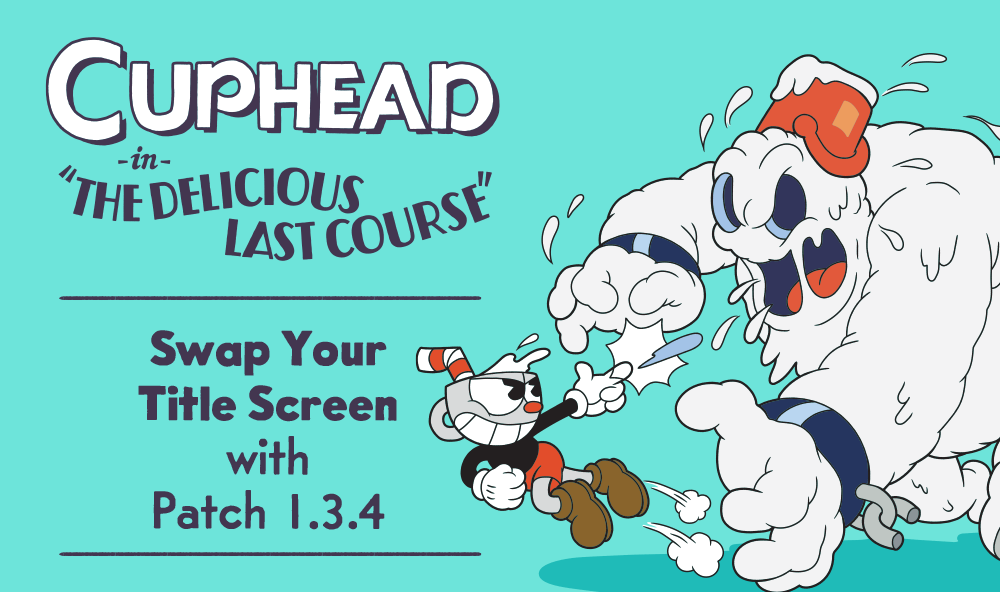 Just a quick update for everyone this time — we’ve now pushed live a small quality of life patch that sneaks in a few additional fixes for our Delicious Last Course expansion. Foremost among them, we’ve added in a feature that has been highly requested since the launch of DLC…the ability to swap back and forth between the new title screen and the original Cuphead title screen! This includes a change in the song that will play when you boot up the game, and is accessible from the “Visuals” section of the Options menu.

We hope you have a swell time with this new update!